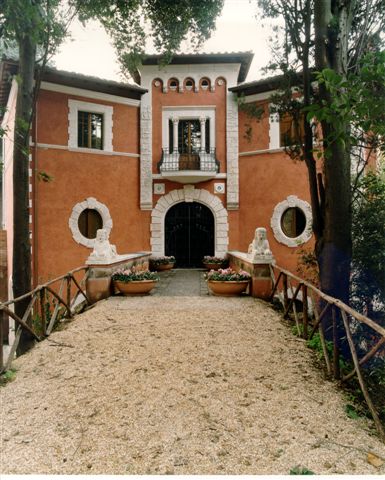 In 1782 in Verona, Antonio M. Lorgna, a mathematician and hydraulic engineer, founded the “Società Italiana” (Italian Society) and invited the forty most outstanding scientists from every part of Italy to join the Society. Alessandro Volta, Lazzaro Spallanzani, Luigi Lagrange and Ruggero G. Boscovich were among the first members. Soon, the Society came to be known as ‘The Society of the XL’ from the number of its members.

In the same year, 1782, Lorgna published the first number of the Memorie, the Society Memoirs. In the preface he stated that “the disadvantage of Italy is that its forces are divided” and that it was necessary “to start combining the knowledge and work of many famous separated Italians”. These words contain the program of the future Society and its far-reaching political and patriotic scope: ‘all the Italian scientists’, an Italian Academy rather than a Piedmontese, Lombard, Venetian Academy or one of the Kingdom of the Two Sicilies.

In a few years, the “Society of the XL” establishes itself as the sole representative of Italian Science: Frederick the Great, King of Prussia, the French and Russian Academies and later the American ones, developed close relations with the “Italian Society”. The Status of the Society fixed its seat in the President’s city. Hence, the first seat was in Verona, the hometown of the first President, Lorgna. After his death, the Society changed its name into “Italian Society of Sciences called Society of the XL’. The seat was transferred first to Milan, thereafter to Modena and in 1875 to Rome, when Rome was proclaimed capital of Italy. In 1949 the Society adopted the name ‘National Academy of the XL’ and in 1979 that of ‘National Academy of Sciences called Academy of the XL’.

Lorgna established that the Society should comprise a class of twelve foreign members. Their number has since been increased to 25. Among the 174 most prestigious scientists from all over the world nominated to date are Franklin and Einstein, Condorcet and Pasteur, Humboldt and Monod, Liebig and Salam, Mendeleev and Röntgen, Bohr and Perutz, Chain and Odhiambo.

PHOTO GALLERY OF THE PRESIDENTS