‘Only one billion years? A journey to the end of the universe’ by Paolo De Bernardis 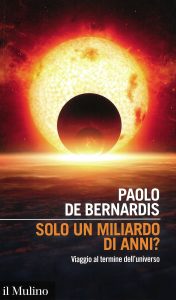 In this recent volume edited by Il Mulino, Academy member Paolo De Bernardis proposes a fascinating journey along the routes of cosmological and astrophysical research. Life appears to be possible only on Earth. But is it so? For how much longer? What will be the remote future of cosmos? We know that the Sun evolves and that in about one billion years the gradual increase of its energy flux will render life on Earth impossible. Supposing that we will be able to perpetuate ourselves that long, will we be able to emigrate to other worlds? What will happen to us and to our galaxy? These are some of the questions addressed by the author. 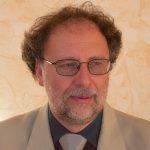 Paolo De Bernardis is professor of Astrophysics at Sapienza University of Rome. The areas of his research are Astrophysics and  Observational Cosmology, with particular focus on the study of microwave background radiation of the early universe by means of original experiments with stratospheric balloons. He has acted as coordinator of the international BOOMERanG (Balloon Observations Of Millimetric Extragalactic Radiation ANd Geophysics) experiment of anisotropy and polarization of cosmic background radiation. During the Antarctic 1998 flight, BOOMERanG measured for the first time the oscillations of early plasm and determined that the geometry of the Universe is flat, thereby estimating the total density of mass and energy. For these measurements he received numerous national and international recognitions. De Bernardis is co-investigator of the European Space Agency (ESA) Planck Mission which allowed the thorough imaging of the early universe and the precise estimate of cosmological parameters.