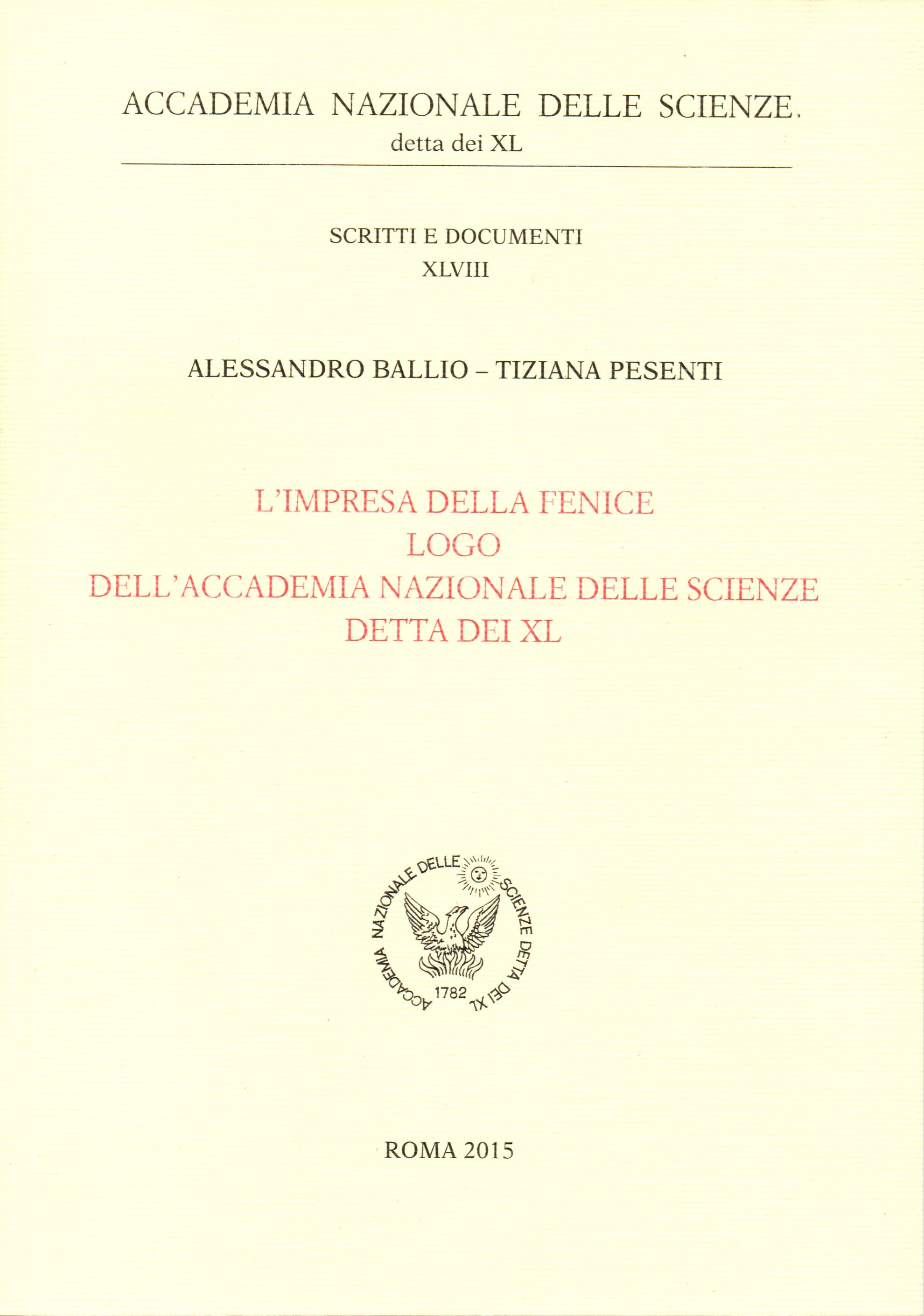 The Phoenix represents – ever since the foundation in 1782 – the Italian Society, later named Italian Society of Sciences called Academy of the XL and thereafter National Academy of Sciences called Academy of the XL. ‘The intriguing history of the Phoenix, the logo which identifies our Academy, has never been retraced fully during its alternating states of neglect and recovery. A space in the studies of the Academy life that Alessandro Ballio, always attentive to the Academy history, wanted to fill by availing himself of the precious collaboration of Tiziana Pesenti. Their work goes through the steps that led from the appearance of the logo on the frontispiece of the first volume of the ‘Memorie di Matematica e Fisica della Società Italiana’, the present ‘Rendiconti’,  to the image adopted in the year 2000 and – coincidence or destiny? – to the discovery of the phoenix on a mosaic pavement of the first institutional seat of the Academy, the Villino Rosso in Villa Torlonia (…)’

Emilia Chiancone, President of the National Academy of Sciences called Academy of the XL.