Academy member Carlo Doglioni is the new President of INGV 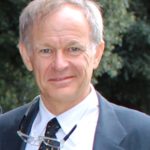 Carlo Doglioni, professor of Geodynamics at the Earth Sciences Department of Sapienza University of Rome, was nominated President of the Italian National Institute of Geophysics and Vulcanology (Istituto Nazionale di Geofisica e Vulcanologia, INGV). Doglioni, a scholar of structural geology, tectonics and its applications to the seismic risk, also plays a role in the promotion and development of Geosciences. He is known for the proposal of a new model of the Earth’s geodynamics.